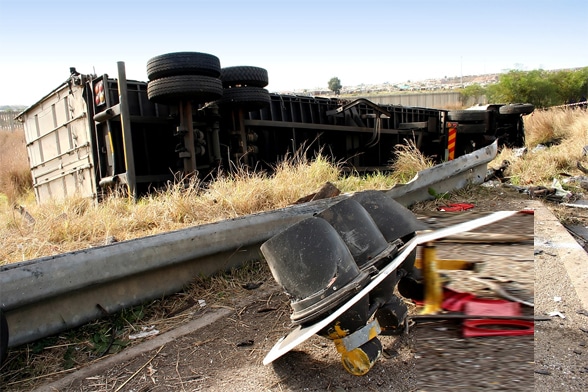 More than 125,000 people in the US are hospitalized and 3,000 people die from foodborne illness each year, according to the Centers for Disease Control and Prevention (CDC).
http://www.suite101.com/content/sickening-statistics-on-food-poisoning-a323122

Salmonella is the number one food contaminant causing about a third of foodborne hospitalizations and deaths according to CDC data. Salmonella http://www.cdc.gov/salmonella is a bacterial disease that affects the intestinal tract and develops in the intestines of humans and animals. Humans often contract salmonella through contaminated food sources like eggs, chicken, and meat. Also, fresh fruits and vegetables can be sprayed or washed with salmonella-contaminated water. The CDC is closely monitoring foodborne illness in ten states for trends in food poisoning. In its report last year it showed that foodborne illness rates have been holding steady for the past five years and grilled chicken accounted for 45% of outbreaks. A bacterium that causes diarrhea called clostridium perfringens is commonly related to poultry. A more deadly bacteria known as E-coli was most often linked to meat. Norovirus a most common bug often spread by food handlers is frequently seen in green leafy vegetables.
http://www.usatoday.com/news/health/2010-08-12-food-illnesses_N.htm

There are more than 250 known diseases that can be transmitted through food. Many cases of food poisoning go unreported because people have suffered mild symptoms and recovered quickly. Also, doctors do not test for a cause in all suspected cases, as it does not change the treatment or the outcome. Therefore, the CDC statistics do not include a large percentage of foodborne illness. The known causes of food poisoning can be divided into two categories: infectious agents and toxic agents. Infectious agents include viruses, bacteria, and parasites, while toxic agents are poisonous foods, such as mushrooms, improperly prepared exotic foods, or pesticides in fruits and vegetables. The most common bacteria in food include methicillin (in salads, dressings, ham, eggs, cream-filled cakes, mayonnaise, and potato salad) and salmonella in poultry, beef, eggs, and dairy or E- coli in undercooked hamburgers, raw milk and contaminated water. http://www.foodpoisoningsymptoms.net

Unlike many illnesses, foodborne illness is completely preventable. If these dangerous bacteria were purple, restaurant employees would clean the product better because people see purple stains, but because they are invisible food preparers they are not fulfilling their obligation to the public. http://www.sharecare.com/question/what-causes-food-poisoning-restaurants

Another company in Raleigh, North Carolina is recalling cucumbers as they had the potential to be contaminated with salmonella. Apparently this was done successfully without causing disease in the population. http://www.fda.gov/Safety/Recalls/ucm252457.htm

Restaurant establishment retail food distributors have an obligation to you, the consumer to keep their products in reasonably safe condition. Failure to do so could expose you to civil liability.

If you or someone you know has been the victim of a foodborne illness or any other form of product defect, please call the office of William «Bill» Hurst, an attorney who has experience manufacturing these types of claim.